I made this character in 2013 for a school assignment in wich an interactive experience featuring a character by the painter Hieronymus Bosch.The character is seen in bosch’s triptych ‘temptation of st Anthony’, and is an ice-skating demonic bird. For the project I created the character and rig, and also created a cloth garment and ‘hat accessory’ that move along with the animated character’s movements. The final animated character was placed in a Unity 3D Virtual Reality environment in which it skated around the viewer. 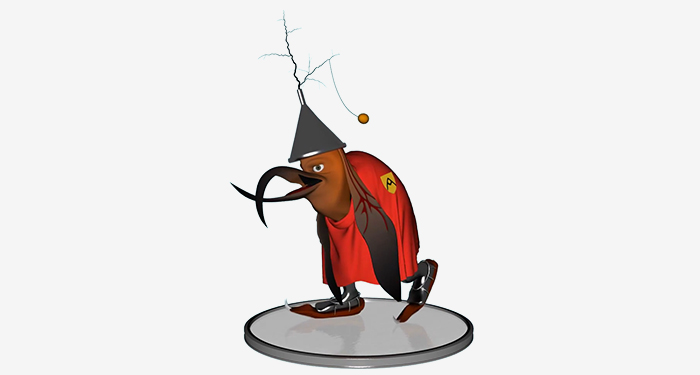